I remember when Enron closed generating plants for “maintenance” back in the good old days of extorting money from the citizens. These maintenance periods coincided with peak demand in California and helped Enron generate billions in profits. And I remember that many public officials were shocked that anyone would think something suspicious was going on.*(see below)

If this process is not regulated, then the unethical manipulators will drive the ethical producers out of the electrical business. This is a kind of Social Darwinism in which the unprincipled and immoral displace their competitors producing a mediocracy of the ethicless. A society that values simply making money by whatever means necessary will embrace such mediocracy since only a fool would act ethically when money can be made. So in time, all producers will act to manipulate and cheat as opposed to making an honest dollar.

The dishonest profit destroys the moral fabric of a society?

Probably not the best place to raise children?

The price of electricity would soar under the latest scheme by Wall Street financial engineers to game the electricity markets.

If regulators side with Wall Street — and indications are that they will — expect the cost of electricity to rise from Maine to California as others duplicate this scheme to manipulate the markets, as Enron did on the West Coast 14 years ago, before the electricity-trading company collapsed under allegations of accounting fraud and corruption.

Five weeks after the deal closed, Energy partners moved to shutter Brayton Point. Why would anyone spend hundreds of millions of dollars to buy the second largest electric power plant in New England and then quickly take steps to shut it down?

Energy partners says in regulatory filings that the plant is so old and prone to breakdowns that it is not worth operating, raising the question of why such sophisticated energy-industry investors bought it.

The real answer is simple: Under the rules of the electricity markets, the best way to earn huge profits is by reducing the supply of power. That creates a shortage during peak demand periods, such as hot summer evenings and cold winter days, causing prices to rise. Under the rules of the electricity markets, even a tiny shortfall between the available supply of electricity and the demand from customers results in enormous price spikes.

With Brayton Point closed, New England consumers and businesses will spend as much as $2.6 billion more per year for electricity, critics of the deal suggest in documents filed with the Federal Energy Regulatory Commission.

That estimate will turn out to be conservative, I expect, based on what Enron traders did to California, Oregon and Washington electricity customers starting in 2000. In California alone the short-term market manipulations cost each resident more than $1,300, a total burden of about $45 billion.

*Bush administration officials repeated Enron’s claims that California’s problems were caused by the state’s “flawed” deregulation plan—which was not “free market” enough—and strict environmental standards, which limited the construction of new power plants. Bush and Vice President Dick Cheney publicly opposed price controls, insisting that any such moves would be a disincentive for power companies to operate in the state.

Several weeks after the memos were written outlining the company’s strategy to manipulate California’s market, Enron CEO Kenneth Lay—the largest single contributor to Bush’s political career—successfully prompted the Bush administration to appoint free-market advocate Pat Wood as the head of the Federal Energy Regulation Commission. Once in place, Wood resisted the implementation of price controls for months while the crisis spun out of control.

After FERC was finally pushed to restrict price hikes in late April 2001 Cheney denounced the move, telling the Los Angeles Times, “Price caps are not a help. They take us in exactly the wrong direction.” After reiterating that only free market policies could resolve California’s problems, Cheney added, “I’ve never seen price regulations that I’ve felt very good about. If I had been at FERC, I would never have voted for short-term price caps.”

At the time California’s Democratic governor and senators requested federal intervention to hold down the cost of electricity and charged that energy providers were manipulating the market to boost their profits. According to the New York Times, Senator Diane Feinstein said she tried “three or four times” to speak with Bush about the state’s crisis but the president refused to meet with her. Instead she held two brief meetings with Cheney as part of larger groups. “Their attitude was laissez-faire, let the market do what the market does, but it was a broken market,” she told the Times. At meetings with Cheney on March 27 and June 12, she said, the vice president spoke, “but did not listen much. When someone is looking at their watch, it gives you a pretty good idea they want to get out of the room,” Feinstein said.

From Around the Web.

From the web site, CBS News.

The Federal Energy Regulatory Commission said the bank used improper bidding strategies to squeeze excessive payments from the agencies that run the power grids in California and the Midwest in 2010 and 2011.

JPMorgan said in a written statement that it’s “pleased to have reached an agreement with FERC to put this matter behind it.” JPMorgan didn’t admit or deny any violations.

FERC recently levied a $453 million penalty on Barclays, Britain’s second-largest bank, for manipulating electricity prices in California and other Western states. Barclays is disputing the allegations.

FERC claimed JPMorgan’s energy unit used five “manipulative bidding strategies” in California between September 2010 and June 2011, and three in the Midwest from October 2010 to May 2011.

There are real plots, real conspiracies. It’s a sad thing that people sometimes unite not for ethical or moral principles but for the destruction of people’s lives, for predation, for money at any cost.

One of the constant themes in the lust for profits has been the conversion of public goods into private possessions: public and charity hospitals often run by churches converted into private property; parks, highways, parking meters, converted into private ventures, America’s public lands opened up for fracking in the one of the greatest land grabs in all of recorded history … I can go on and on.

Here is another one, public pension funds being converted into Wall Street Piggy Banks, looted with fees and then fed into speculation for anyone’s profit but the pension fund’s. It is as if the national looting of the last generation, the conversion of pensions into the predatory and vicious 401K’s didn’t generate enough profit, we must never stop looting, never stop stealing, never stop creating fictitious crises to be exploited.

Maybe this one can be stopped. I would like to see that.

As state legislatures prepare for their upcoming sessions, you will no doubt hear a lot about public pensions. More specifically, you will hear allegations that states are going bankrupt because of their pension obligations to public employees. These claims will inevitably be used to argue that states must renege on their pension promises to retirees.This is what I’ve called the Plot Against Pensions in a report I recently completed for the Institute for America’s Future. Engineered by billionaire former Enron trader John Arnold, championed by seemingly nonpartisan groups like the Pew Charitable Trusts and operating in states throughout America, this plot is not designed to strengthen pensions or to save taxpayer money, as its proponents claim. It is designed to slash public employees’ guaranteed retirement income in order to both protect states’ corporate welfare and, in some cases, enrich Wall Street.Consider the math of state budgets. According to Pew’s estimates, “The gap between states’ assets and their obligations for public sector retirement benefits (is) $1.38 trillion” over 30 years. As the Center for Economic and Policy Research notes, this gap was not caused by benefit increases, as conservatives suggest. Data prove that most of it was caused by the stock market decline that accompanied the 2008 financial colla

via The right’s sinister new plot against pensions – Salon.com.

Finding: Conservative activists are manufacturing the perception of a public pension crisis in order to both slash modest retiree benefits and preserve expensive corporate subsidies and tax breaks.

States and cities have for years been failing to fully fund their annual pension obligations. They have used funds that were supposed to go to pensions to instead finance expensive tax cuts and corporate subsidies. That has helped create a real but manageable pension shortfall. Yet, instead of citing such a shortfall as reason to end expensive tax cuts and subsidies, conservative activists and lawmakers are citing it as a reason to slash retiree benefits.

Finding: The amount states and cities spend on corporate subsidies and so-called tax expenditures is far more than the pension shortfalls they face. Yet, conservative activists and lawmakers are citing the pension shortfalls and not the subsidies as the cause of budget squeezes. They are then claiming that cutting retiree benefits is the solution rather than simply rolling back the more expensive tax breaks and subsidies.

According to Pew, public pensions face a 30-year shortfall of $1.38 trillion, or $46 billion on an annual basis. This is dwarfed by the $80 billion a year states and cities spend on corporate subsidies. Yet, conservatives cite the pension shortfall not as reason to reduce the corporate subsidies and raise public revenue, but instead as proof that retiree benefits need to be cut.

Finding: The pension “reforms” being pushed by conservative activists would slash retirement income for many pensioners who are not part of the Social Security system. Additionally, the specific reforms they are pushing are often more expensive and risky for taxpayers than existing pension plans. 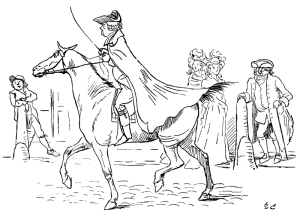 Alain Sherter warns that such an exemption (in negotiation in Congress) is fraught with risk. While energy companies can use derivatives to even out pricing or limit their risk they can also (like Enron) get into what is essentially gambling.

Concerns that energy companies want to dodge proposed restrictions on derivatives can be summarized in two words: Andrew Hall. He’s the star trader who stood to collect a $100 million bonus from Citigroup (C) until controversy over the windfall forced the banking giant to send Hall packing, along with his lucrative energy brokerage unit — straight into the arms of Occidental Petroleum (OXY).

The 2009 deal wasn’t merely the result of mounting political heat on Wall Street, however. It also underscored a trend in which financial firms and a range of companies use derivatives, leverage and other tools of modern finance to place bets on grain, gold, crude oil and other commodities. If energy companies once used derivatives strictly to hedge against price, currency or interest-rate changes, now they see these securities as a way to boost profits. But at what risk? As one equity analyst said of Occidental after it acquired the Citi subsidiary, called Phibro:

They never gambled before, and now they own the casino.

Sherter has a definite way of putting things.