For more than five years, many homeowners who complained about mortgage industry foreclosure abuses have wondered whether anyone with a financial stake in keeping them in their home was paying attention. On Thursday, with the release of a new report from a federal watchdog, they got their answer: No.

The report, by the inspector general of the Federal Housing Finance Agency, says banks and other companies that manage more than 10 million home loans for Freddie Mac “largely failed” to alert the mortgage giant to the most serious category of homeowner complaints, despite a requirement they do so. These “escalated complaints” often include the most serious allegations of misconduct, including improper fees, misapplied mortgage payments and a frustrating cycle of lost paperwork and unreturned calls. In some instances, the mismanagement has led to a wrongful foreclosure.

“The results are shocking on a number of different levels,” said Steve Linick, the FHFA inspector general, in an interview with The Huffington Post. “It is surprising that servicers were not reporting in such large numbers, that Freddie was not on top of this, and that [the FHFA] did not catch it in its exam.”

Four of the largest bank servicers — Bank of America, Wells Fargo, Citigroup and Provident — reported no escalated cases to Freddie Mac, despite handling more than 20,000 over a 14-month period, according to the report. Freddie Mac examiners did not notice that the mortgage companies were failing to disclose the complaints, nor did the FHFA, which relied on “incomplete” Fannie Mae examinations, the report concludes. The FHFA oversees the bailed out lenders Freddie Mac and Fannie Mae.

Occupy Wall Street has a message and I like it.

We are the People – Who the Hell are You? | Crooks and Liars 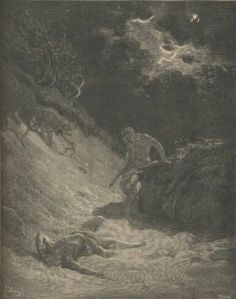 There is a lot of anger in this article. But I too share disgust with this government’s willingness to help out every kind of financial institution while ignoring the needs of the Middle Class. These people no longer have a defender in the government just a facilitator of the predation

U.S.Seeks Ideas on Renting Out Foreclosed Property By EDWARD WYATT Published: August 10, 2011 WASHINGTON— Uncle Sam wants you — to rent a house from Uncle Sam. The Obama administration said on Wednesday that it was soliciting ideas on how to turn the federal government’s inventory of foreclosed houses into rental properties that could be managed by private enterprises or sold in bulk. The goal, the administration said, is to stabilize neighborhoo … Read More

If you think this is a little crazy, you’re right. But in the light of how home owners have been treated over the last few years, it is totally understandable.

You can do a lot to people when they’ve been trained to take it. Currently they believe that the system is fair and that the terrible things that have happened to hundreds of thousands of Americans will be remedied once the right people figure out what’s going on.

Many of the right people knew from the beginning what was going on in the housing market and when the massive number of foreclosures began, those same right people closed their eyes.

A lot of Americans are waking up each day a little more sure that no one cares about them, their property or their rights. When justice is denied, people are going to start looking at other remedies.

This may look crazy now but if simple justice is denied large parts of the population, it’s going to get a lot crazier than this.

Citizen-Led Movement in California Proposes to Outlaw Foreclosures Posted by Carole VanSickle on Wednesday, August 3rd 2011 In Sacramento, California, one citizen is taking on the lenders directly, using his “Foreclosure Modification Act” to demand that lenders provide principal and interest rate reductions in order to keep borrowers in their homes[1]. And according to the author of the proposal, David A. Benson, the best way to make this happen … Read More

These are some great people. They took up a public fight on a major issue before the media or the government recognized the problem. In fact, the government and the press denied there was a problem. These people are heroes, using the power of the internet as visionaries have hoped.

I wish them well!!

Picture of some of the guests at our latest happy hour. Had another great time. We all wore “Hello My Name Is” stickers. Funny thing, almost everybody there was named Linda Green! It really confused the bartenders, they didn’t know which tab to ring the drinks under… Over the weekend I will be posting the history of all of our happy hours and how you can get them going in your town. I want to see this happen in every city every month until the … Read More

For about seven months now, I have argued over and over again that lying to the courts with false affidavits and actions amounting to fraud were prosecutable. I have used the word, crimes, and I meant it.

Why is it that if one of my students breaks the law by stealing a few dollars that he will go to jail and these banks can commit these acts and reap huge profits without fear of prosecution?

I want these law-breakers, these greedy well placed fraudsters, to go to jail, to do the perp walk, to pay enormous fines, and to serve as a warning to every Armani clad crook haunting the board rooms of our great investments banks.

The Market Ticker – Federal Reserve: They Broke The Law but nobody cares…. (including us) The reviews found critical weaknesses in servicers’ foreclosure governance processes, foreclosure document preparation processes, and oversight and monitoring of third-party vendors, including foreclosure attorneys.While it is important to note that findings varied across institutions, the weaknesses at each servicer, individually or collectively, resulted … Read More

There are few assaults upon our dignity as crushing as the theft of all of our possessions. It is not so much the large items like refrigerators and televisions that are missed. Humans attach value to the strangest things. Instead of the microwave they lament the loss of their wedding pictures. When logic would dictate the loss of the computer should be the first cause of regret, they think of the old worn chair that has sat in the living room for years. Considering the great value placed upon personal privacy and possessions, would it not seem logical and prudent that those entrusted with the safety of the public should investigate and seek to punish the guilty. But the investigators would only need a mirror to discover the perpetrator of this crime, law enforcement itself.

That seems fair, first, to recompense her for damages and second, to discourage the sheriff and his deputies from any more random home raids.

Sheriff’s Officers Accused Of Emptying Wrong Home In Botched Foreclosure HILLSIDE – A 76-year-old Hillside woman has filed a claim for damages against Union County, alleging that officers of the county sheriff’s department illegally entered her home and removed the entire contents because they had the wrong address of a foreclosure. In the document, obtained by Tina Renna of The County Watchers, Ozzie Leak claims that Union County Sheriff Ralph F … Read More