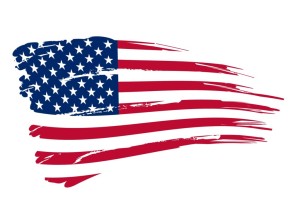 The upcoming crisis in mortgage foreclosures has me thinking. I consider there to have been five crises for the capitalist system in the United States from 2007.

The first was the near collapse of the banking system in 2008. It demonstrated that the free market absolutism of a generation of cock sure Chicago economists made no more sense than an epigram found randomly in a fortune cookie. What was revealed was not a system of skillful investors protecting the interests of their clients but casino capitalism, a system where yearly bonuses drove behavior, annihilated Ethics, and discouraged any sort of patriotism and responsibility. The exposure of a system that tens of millions depended upon for their retirements, educations, and investments as an essentially gambling operation was not conducive to faith in capitalism.

The second was the bailout. The bailout was a disaster. While the government should and did act to prevent the financial industry from collapsing, the bailout was extremely favorable to the financial industry It was not just a case of stopping the decline, it was also a case in which the firms became immensely profitable with public money. I repeat, we had to do something as a nation because if the financial industry had perished we would all have gone down with that ship. But the government attached no conditions. They bought these companies bad investments at full market value rather than negotiating a fair price. There was no limit placed on executive salaries or bonuses. Add to this, the hard fact that the government officials in charge of these matters were loaded top to bottom with former employees of the financial industry, and it gives an impression of unfair influence. The companies clearly had regular repeated contacts with the Department of the Treasury and the White House, giving the impression that all other Americans with a stake in these issues had no representation. There is little evidence that this impression of powerlessness on the part of working America is any way incorrect.

The third was the health care bill. An idea considered literally for generations became not universal health care but forced purchases of insurance policies. To make it worse, the most important provisions were decided behind closed doors. A bill was created whose major elements were negotiated by the White House with the insurance and pharmaceutical companies. What people saw was a corrupt system in action placing them into subservience to private interests. That there is no election bounce for the Democrats this Fall is not surprising in any way. It is only surprising only to the White House. The clear view of corporate interests acting through their political proxies made most American sick at heart.

The fourth was the oil spill in the gulf of Mexico. This was a disaster unseen in world history up to that time. Yet, the government did not act to protect the public, it acted to prevent proper investigation and reporting of the crisis. The President of the United States was seen as unwilling to act. This undermined public confidence in the President, and as more of the ugly facts about the government – industry cooperation in these matters comes to light, it will not look any better. Politicians rushed forward to defend what should have not been defensible. It was obvious early on that the companies involved in the drilling had flouted regulations and acted with little regard to risk management, trusting to luck since they had gotten away with it in the past. One politician had the nerve to describe a crisis clearly created by poor management and violation of the law as an “accident.” The public did not feel defended. There was a sense of betrayal for many Americans.

I thought there would be a public outcry on these matters. The only clearly visible one is Fox News’ Tea Party movement, a spontaneous outpouring of populist rage heavily funded by industry, and directed at the government while exempting business for any responsibility for our current crises.

Why is there no electoral action to exploit the wild and reckless corporate behavior of the last two years? The answer is simple and disturbing. There are two political parties in this country and neither is willing to take action in regard to these matters. There is no one to vote for. The leadership that should arise from the disaster, angry and ready for battle, is not viable in today’s media markets.

The government is more heavily influenced by well paid lobbyists than it is by Americans.

I have been watching this for a while and I listen to what people are saying. At the moment, blame rests heavily on the government, and a great deal of blames belongs quite properly to the government. But not all of it. We can change the government down to the last brick of the capital building and nothing will change. Only if the private organizations that have acted illegally and recklessly are brought under control will there be effective change. I do not mean their destruction. What I want to see is their removal from the political process. Only human beings have rights. Organizations do not. A corporation is no more a person than my toaster. (However, there are many people who may have better and more effective solutions. Please let me hear them.)

But there is some change happening. The American public is in many ways like a landslide. You see a few pebbles fall down a slope. Nothing to worry about. But over time there are more pebbles and then stones.

I love my country. I am not leaving to escape to a different place in the light of the social turmoil we are likely to see. I believe in this people and their ability to solve problems and accomplish great things. They are being called upon right now. The call is quiet and can be barely heard. But it is there. And in time it will grow louder and more distinct.

Our government is failing us. The great corporations are rogue having no sense of patriotism, no burden of belonging; they hear no call of righteousness. They evade the law, act against their nation’s interest, and pursue a philosophy recognizing no moral burden.

We can not long survive this.

Change is coming. The beginnings of that change will be ugly. It will be difficult. Many will suffer. But there is a strong chance that this nation will rise to the challenge and become a better place.

2 thoughts on “What Happens Now?”