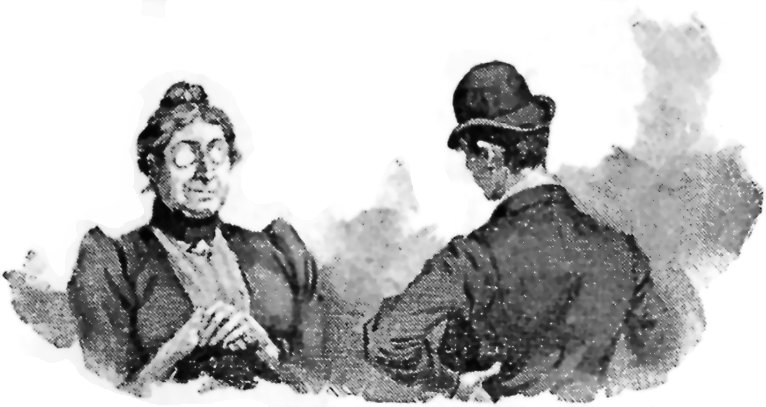 Is this a comforting belief? Does it make you feel better to think that men are just naturally more violent or any of thousands different stereotypes and labels?

Women are said by the executive director of the Texas Republican Party to be terrible negotiators. You realize this is the one-half of the population that according to science is more verbally skilled than their male counterparts. However, it appears that some individuals believe that a male grunt is superior to the multi-syllabic utterances of the female.

I don’t think so.

For one thing, my personal experience indicates women negotiate quite well. I have a colleague at my college who is something of a verbal Muhammad Ali. I never know where the next verbal impact is coming from.

For another, since Jane Austen, there is firm evidence of female verbal capabilities.

Believing that women are what they are not is very useful if you wish to deny them equal protection under the law. If women are bad negotiators, then what’s the point of all this equal pay nonsense? Obviously, it’s one of those sexually based behaviors that crazed leftists disconnected from reality don’t understand because if they did they would understand that women get what they deserve.

As a business ethics matter, this falls into business beliefs and customs versus or aligned with “traditional” customs. Traditionally women have to be virginal, coy, the powers behind the throne (definitely not on the throne) nurturing, etc. Business wise, those customs have diminished because women have succeeded so well but these ideas are only diminished to an extent. Beliefs in female deficiencies are comforting. They take a host of actions which would be considered wrong or actually evil and transform into “rational” choices. For instance, it’s wrong to deny a woman promotion to CEO but it’s the correct decision if women are just bad negotiators. So, custom, even if it no longer makes any sense or is scientifically ridiculous, can still trump ethics and truth. Business ethics demands rational thinking because if we believe what is convenient, any action can be justified.

We are all comforted at one time or another by irrational beliefs. “It’s always darkest before the dawn.” (No, there is no limit to darkness. It can just keep on getting darker.) There really isn’t as much harm in “darkest before the dawn” as opposed to the more serious claim that women are poor negotiators.

Here, the harm is obvious. A necessary law to give women equal opportunity to pay is considered unnecessary due to an irrational belief in female weakness and incompetence.

Less than 24 hours later, the executive director of the Texas Republican Party agreed that equal pay laws aren’t the answer for today’s women. The real problem, according to Beth Cubriel, is the fact that women are terrible negotiators. Don’t try to get legal recourse once you find out your employer is paying your male colleagues more money for the same work (Texas will fight you on the statute of limitations, anyway). Instead, host a viewing party of “Glengarry Glen Ross” for your friends and absorb the timeless wisdom of “Always be closing” if you want to make a living wage. You can do it, girlfriend! Bootstraps, or whatever! (Cubriel, besides being an apologist for discrimination, is also wrong about women as negotiators.)

The AAUW study shows that young women straight out of school make 82%  of what young men who are otherwise comparable make:  ”just one  year out of college, millennial women are paid 82 cents for every dollar paid to their male peers.  Women are paid less than men even when they do the same work and major in the same field.”  The report shows several possible comparisons, such as hours worked, and the pay gap remains.  The AAUW soberly points out that college girls take out the same huge student loans that boys do, but will have to pay them back with less money.  Sommers brushes the 18% difference aside as miniscule, but actually this is a big gap when all controls have been engaged, the measures are large aggregates (n=15,000 in this case), and the study was done in a place where equal pay for equal work is the law.  Personally, I think it’s shocking, as did the AAUW.

Importantly, other data consistently show the really big effects of gender begin at the moment the women choose to have children.  So, these girls are starting off, at the gate, making 18% less, but this gap will widen, if only from the demands of family.  I say “if only” because there are other influences that depress the wages of women, such as their tendency to forsake out-of-hours client entertaining (we can call this the “lap dance effect”).