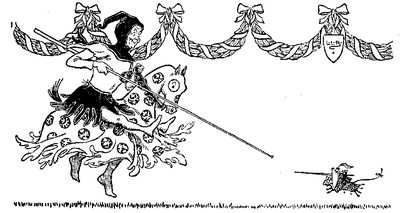 Steven Mintz has a new post. It concerns conflicts of interests, in particular those involving academics sitting on the boards of drug companies. It’s a critical problem and he paints the issue in the bright colors of ethical perception that such an issue deserves.

I recommend this essay and suggest you visit the web site and read more of The Ethic Sage’s posting.

The danger of the practice of allowing leaders of academic medical centers to sit on the boards of drug companies is more than just the perception that independent judgment may be tainted by these relationships. Academic medical centers should serve the public good. How can they be expected to do so if a situation arises, for example, where the pharmaceutical product is of questionable value and the center is dependent on funding from the company? After all, the deans and directors who sit on boards are only human and just as board members of corporate entities might be biased toward the interest of the company and not the public interest, these academic leaders might overlook a problem with a drug that could threaten the public health.

via Academic Medical Center Leaders’ Position on the Board of Directors of a Pharmaceutical Company Can Create a Conflict of Interest – Ethics Sage.

From the web site, UCDenver.edu.

A headline in The Denver Post was a reminder that health care providers, and the schools that teach or employ them, need to remain vigilant about conflict-of-interest issues.

The Post declared: “Docs limit drug-firm ties.” The ties refer to payments to doctors from pharmaceutical companies and medical-device manufacturers.”

The smaller headline tells another important part of the news: “Payments must pass ethics muster ….”

The story underscores changes that have occurred recently at the University of Colorado School of Medicine. The school has had conflict-of-interest (COI) rules on the books for years.

But in 2011 those rules were both tightened and clarified—the “ethics muster.” The guiding principle is this: faculty cannot accept money to help a company market or promote a product.

The main target of the change was what are called “speakers bureaus.” Companies set these up to pay for speeches by physicians and others. CU now bans such participation.

“We’ve made explicit what always was our intention,” says Steven Lowenstein, MD, an emergency department doctor and associate dean who helped shape the new policy. “Our doctors can’t promote products. Drug companies can’t tell our doctors what to say or require them to use the companies’ slides or other instructional materials. And speaking requests will be reviewed by a new committee.

“The committee review is designed to separate truly educational talks and research-related talks, which are permitted, from talks that are about marketing and promotion.”

Lowenstein notes that research collaboration and research-related talks are allowed because they advance the science and practice of health care and benefit patients. For example, a doctor might have a contract with a pharmaceutical company to assist in developing, testing or assuring the safety of a new drug or device.

The issue of payments to physicians has gained prominence because of reporting by the organization ProPublica. In October 2010, they published a report called “Dollars for Docs,” based on pharmaceutical company payment disclosures that recently had become available.