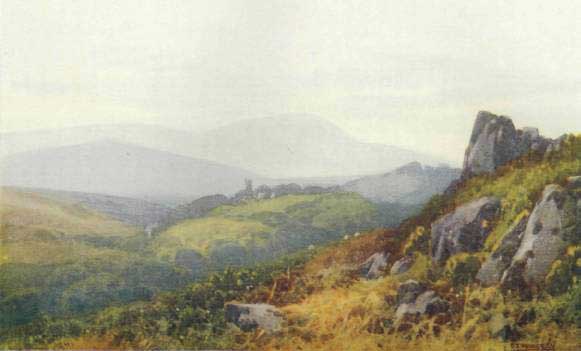 It seems the awareness of women’s treatment in business, politics and culture has never been at a higher pitch. And I can’t seem to escape the thought that women’s issues are the most important business ethics issues of our time. Considering the competition, that is a pretty extreme statements. Corporations are busily seeking the status of independent nations. A prominent bank paid the government ten billion dollars with six point six billion more “devoted” to the injured to avoid prosecution for tens of thousands of crimes. Studies are showing that fracking is destroying the health of many and literally destabilizing the earth beneath our feet. And yet here I am claiming that women’s issues are the most important.

We’re at a cultural crossroads. You can feel it. Certainly, my female students are expressing a greater degree of confidence and awareness than I have seen before. The essays on the internet and national headlines are all beginning to reflect an awareness and urgency to these issues.

For instance, I’m seeing a fairly constant stream of writing about the rape crisis in India and rage over the official indifference to the problem. This from a country where a month long corruption crisis merited a single brief column in the New York Times.

Misogyny is at an almost incomprehensible level. Sometimes, I think that every single woman hating male has his own web site. And what they say borders on the hysterical rantings of the paranoid. You get the real impression that they believe women are “organized’ against them, in a conspiracy to deny them status and sex, their rightful deserts for being male and straight.

And this Misogyny, this hatred of women, is the strongest sign of women’s changing status. This incoherent rage is not a sign of strength. It is a sign of weakness. It is similar to the scream of angst of the segregationists fifty years ago. That too, in the minds of the privileged was an assault on the very nature of things. Their fear is palpable and very real. They do not understand how to deal with a changing world in which they no longer command respect and male for simply being male.

Are there counter motions in the culture? Absolutely, some of them bizarre beyond rational belief. Virginity promises are forced on ten year olds. In the same tradition, there are virginity balls attended by fathers and daughters. What rational merit does virginity carry? What value does it have beyond assuring insecure males that they are the first and only sex partner for women? Women and men are capable of having sex on regular basis and so we ration it for women with the idea that it’s better like soup from an unopened can?

If you want to see full scale hard core objectification of women, attend an abstinence meeting where females are compared to wrapped presents, candy bars, roses, chewing gum and packing tape. Because these objects are just like women, once they are used they become less attractive. This is ridiculous and it is time to start calling these fools out. Women can have sex and carry the same value that they had before. Female sexuality should not frighten anyone anywhere. It’s natural for women to be sexual and to have sex.

Once again, these are desperate rear guard actions by people who realize that culturally they are losing ground. Confidence does not make a ten year old girl promise something she cannot understand. Confidence does not censor works of art or worry that a naked breast on television will result in sexual perversion across the nation. Fear and insecurity does those things.

These are all business ethics problems because we live in a nation of employment at will. Employers have the right to fire anyone for virtually any reason. Our cultural beliefs about women makes their employment conditional on their willingness to conform to our stereotypes. How many women today avoided some kind of behavior from wearing a dress or conversely slacks at work, to not speaking their minds, to not asking for time off for pregnancy or children and often just to appease some ridiculous male who’d happily give a male two weeks off to go fishing? How many women work in underpayed professions like nursing, teaching and child care? And how many women are unwilling to go into one profession or another because they know they will be treated badly?

It’s not just unfair. It’s not just wrong. It is counterproductive. It lowers the value of women’s contribution to society and does immense harm which we try to undo in small part with therapy and drugs. But far beyond that, in a world where woman cannot live at their potential, we all lose. Because in a society where people are valued and realize they are valued, we are all better off. Cruelty and unfairness are toxic and travel through the entire society like an infection diminishing us all. When these things change for the better, this nation will be a healthier place to live. We will have a better opportunity to have a richer emotional and spiritual lives.

That’s worth a struggle. That kind of world is worth fighting for.

So, I believe that women in the workplace are going to be the most important business ethics issue in our time.

Do Women Not Run for Office Because They’re Scared of Being Judged?

After all, the reason that women are more afraid to offer themselves up for public judgment isn’t because women are inherently timid, as shown by their willingness to volunteer in the random selection groups. The likelier explanation is that women know, from experience, that the process of having a group evaluate your worthiness is a much more punishing experience for women, because you have to endure greater and more candid scrutiny than men do, a gender disparity that any foray into social media or parenting or Hollywood easily demonstrates.

I can’t help but observe that running for office in the United States is a bizarre trying experience in which women are often walking targets for cruel tactics. Perhaps women are not frightened but too smart to subject themselves to that kind of nonsense? jp

BYU’s Sex Ban Is Terrible for Victims of Sexual Assault

As a teenager, Byers was sexually assaulted by a man who had just returned from a Mormon mission. When she told her bishop about the assault, “I was banned from church for a month,” she writes. “I was punished because a man had touched me.” And now, at BYU, she is being shamed yet again by policies that have more consequences for women than men, like the dress code that’s framed as a way to “help men control their thoughts.”

When sex is not supposed to happen, it always seems to me that the rules are applied unequally with women expected not to give in to their base urges while boys will be boys. Inherent and obvious unfairness in role expectations have gone on too long.

“For me, and I think what the Bible shows us is that, the pleasure that comes from sex is part of something that is reserved for people who are married,” Velthouse said. “It’s one of the joys that comes from committing your whole life to a person. So sexual pleasure comes from my husband. When he’s not around, that’s not around either.”

It is entirely possible to get people to internalize behavior. Some of it is useful. For instance, I still look both ways crossing the street and I still signal a turn while driving even if there are no other cars there. However, it seems to me that this behavior, this absolute ban on sexual pleasure can’t help but complicate matters when sex does eventually happen. If your own body is a mystery to you, how are you going to be comfortable with somebody elses?

Girls on Film: The true cultural legacy of Sex, Lies, and Videotape

Even in the most masculine moments of Sex, Lies, and Videotape, Graham and John are powerless. They have their own particular techniques to assert their superiority — Graham’s seductive curiosity, John’s roaring sense of entitlement — and each is easily defeated. Graham is powerless against Ann’s questions and John’s violence; John tries to be powerful when he assaults Graham and kicks him out to watch Ann’s tape. They both push the women to a new understanding of themselves, and suffer the results.

Women have a lot of power. Even now. But it’s not across the board. But the power of sexuality is quite significant and as women assert their right to choose sexual partners and have pleasure on their own terms, a lot of other power will probably come their way.  jp

4 thoughts on “Business Ethics and Women”