One of the strangest phenomenon I see in dealing with wealth in this country is the bizarre dichotomy between the view of what is enough for “them,” and what is enough for “me.” In a Koch brothers interview, one of the brothers pointed out that if you put a 30K workers salary on an international scale that put the worker in top one percent of the planet’s income earners. Apparently this made him feel that Americans should be content and maybe consider themselves a little fat and happy.

On the other hand we have this from the short selection below where a man struggles from paycheck on an annual salary of 450K.

There has to be some kind of conflict between these two points of view.

When people run businesses they don’t come in neutral in regard to how the feel about what is and is not an adequate income. What does a person who feels that 450,000 dollars a year is a week to week struggle do in regard to paying the workers? And what does it say when a multi-billionaire can statistically analyze away income inequality by simply increasing the sample size to encompass the entire planet?

If you believe that 30k is a worthy and fully adequate income, what kind of business ethics are you likely to practice? Are you more likely to sell payday loans?  – attach some new fees to your banking practices?

If you believe that 450k is so little money that you have to struggle paycheck to paycheck what kind of business are you likely to run? I have to acknowledge here that I have no concept what that would look like mentally but it is still troubling.

Income inequality is a wound on this country driving us apart and it by its very nature is an ethical problem that drives business wrong doing. 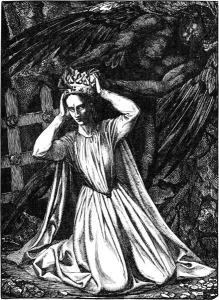 The short passage below is from the Guardian – http://www.theguardian.com/business/2015/dec/25/wealthy-americans-living-paycheck-to-paycheck-income-paying-bills

Marguerita Cheng, a certified financial planner and CEO of Blue Ocean Global Wealth, has a client in the Washington, DC area who makes $450,000 to $600,000 a year but lives paycheck to paycheck. He spends a lot of it on keeping peace with his ex-wife.

“He basically uses his bonus to cover the private high school tuition,” Cheng said. “I understand that this is an extraordinary situation. I’ll share a saying that my dad taught me: ‘Money may not buy happiness, but it can buy peace.’ In this situation, sometimes you have to do what you have to do to keep an ex-spouse happy.”

Cheng’s client is not alone. Many Americans struggle to make-ends meet on six-figure paychecks – which by some are considered “upper income” or even rich.