Another Reason the Media Fails

The media fails us constantly and that wouldn’t be so bad if it had always been the case.

There was a CBS documentary on Vietnam called Vietnam: the Thousand Day War.  (You can watch it here.) I lived during the Vietnam War although I was too young for the draft but a few years ago I decided to revisit that era and watched the documentary. I challenge you to watch it as well. For portrayed in that documentary is an aggressive, intelligent and courageous set of news people on an important mission acting with deep ethical concerns.

What is even more amazing is the politicians from the period who don’t seem to mind tough pointed questions and newsmen doing their jobs.

But today with the corporatization of the media, we have just another entertainment division focused on profits shorn of any duty to God or man. From a public duty enforced by law, the Reagan Administration freed the network from any restraint, and not we live in a world of news which makes the movie, “Network,” appear as a prophesy.

What new reason do I have today for the media’s consistent failure to act as professional journalists?

Here, let another author phrase it beautifully for me:

But the biggest reason the media seem to have so little interest in what should be the biggest scandal out there may just be an aesthetic one: voter suppression doesn’t conform to the scandal narrative the media prefer. News reporting is defined as “stories” for a reason — that editors (and presumably readers) want strong narratives with good guys and bad guys, high stakes, identifiable victims and various plot twists in their news no less than in their entertainment (if there is a difference now between the two).

Essentially, they want movies. This is hardly furtive. Stories are nearly always prioritized over information. I can attest from personal experience that writers are asked by editors all the time to spice up story elements. Good stories get good play.

Apparently, if the story can be summarized simply emphasizing good guys versus bad guys, it can’t be sold.

No matter how important the story, no matter how central to whether or not democracy can function, if it isn’t in such a simple pathetic format, it won’t sell and since it can’t be marketed, it will not appear. 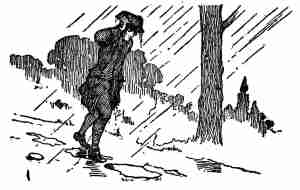 We need Edward R. Murrow and a return to journalism integrity. Can it happen? The wheel of destiny is in motion and it has turned in the Neoliberal pursuit of profit to such an extent the Les Moonves says of the current political campaign this: “Man, this is pretty amazing. Who would have thought this circus would come to town? It may not be good for America, but it’s damn good for CBS. [Laughs] The money’s rolling in …. This is fun.”

“… may not be very good for America,” He says it but he doesn’t seem to care and I don’t think he does. If he doesn’t care than as far as he is concerned, the United States and its citizens can go straight to hell as long as CBS makes a profit. Aristotle did not quite mean this when he spoke of citizens of the world. He did not mean those who had divorced themselves from the concerns of their fellow citizens.

Media journalism should be “good for America.” And we need a return to the moral high ground and an understanding of the corrosive effect of money in journalism.