Paul Krugman was the first web site I read every morning for years. I didn’t read the column so much as his blog which seemed more personal and in depth.

Many, many times, his clever observations on economics delighted me. 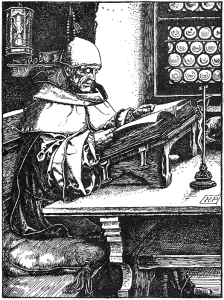 All went well for many years, he wrote – I appreciated. But then Bernie Sanders ran for President.

It seemed to me like just another Democratic primary. I’m for Sanders but to Krugman, it appeared as if a horned helmeted barbarian was stomping in his yard, and he took to his column and blog in outrage.

At first, I thought this was a phase that would pass. Somebody would take him aside and say, “Hey Paul, try not to get too excited about this guy, remember there are a lot of people who side with your economic view who are also supporters of his.” But apparently no one did and the columns became more and more – well, just weird. Try this one – My Unicorn Problem or this one, Sanders Over the Edge. I would have appreciated a little neutrality in the race particularly considering that Hilary Clinton and her former President spouse seem to have precious little use for him or his economic views.

I can’t see being a Democrat and being a Clinton supporter as having to be the same thing. I think I can be a more progressive Democrat and back another candidate for the nomination.

So, bye Paul! Enjoyed the columns.

In case, you think I’m alone in my estimates of the Krugman columns – read below-

Paul Krugman, who has turned his New York Times column into a mouthpiece for Clinton talking points, told us (not for the first time) that Sanders and his supporters were ill-informed about how things worked in the real world, and needed to get off his lawn.

Paul Krugman has been waging a one-man war against Bernie Sanders, lobbing bombs and missiles from his perch at the New York Times, in column after blog post after column. It is interesting that has chosen to repeatedly smear Bernie, ad nauseum, rather than try to promote some positive qualities about Hillary Clinton or her record, about which he has said very little. Perhaps it is because for Krugman, who is neither a moderate Republican nor a conservative Democrat, nor a neoconservative militarist on foreign policy, it’s not so easy for him to promote Hillary.

But to argue, as Krugman does, that the Sanders campaign has “lost its ethical moorings” by going after Clinton’s relationship with fossil fuel lobbyist is wrong-headed and misses the entire point of his campaign. Sure, we can quibble about the specific amount of dollars Clinton has accepted from the industry, and perhaps Sanders has exaggerated on this front, but there’s no question money has indeed been exchanged.

And last, from the web site, Beat the Press:

I have tremendous respect for Paul Krugman. I also consider him a friend. For these reasons I am not eager to pick a fight with him, but there is something about his criticisms of Bernie Sanders that really bothered me.