How do you sell a counter productive anti pregnancy tool to gullible high schools?

The Robo-babies exist as part of anti-pregnancy programs in 89 countries.

What evidence do we have that they prevent teen pregnancy?

As far as I can tell, none.

Did this cause the schools not to buy them?

And they aren’t cheap. According to the Australian study, about 1200 dollars (American) for each unit.

What kind of business ethics is this? After all, we’ve seen this before. Abstinence programs actually result in higher rates of teen pregnancy. And, of course, who can forget the disaster of “Scared Straight?”

Discouraging teen pregnancy means taking on a complicated problem with many cultural and historical variable. It requires careful study and planning and, almost certainly, huge resources to be successful.

But why do that when you can employ on the cheap, religious organizations selling watered down versions of their anti-sex and anti-contraception beliefs? Or when you can have a “purity” ball?

And finally, you can buy semi-electronic dolls to simulate the horrors of child rearing

Did anyone notice, anywhere at any time, that we as a people have children regularly in spite of the fact that they are often inconvenient? And did anyone notice that new mothers get a lot of attention, most of it positive? And how about the strange fact, that many people like children even when they are babies?

What kind of idea is this, anyway? This only works if children are a horrible burden that are so horrifyingly draining and disgusting that one weekend with a “simulator baby” will turn you away from all things sexual.

I’m sorry. For many people (including me), parenthood is the greatest experience of their life and we do get through tough weekends with babies without permanent harm.

Okay, let’s have some rules. It’s time. No one should get to sell their anti-pregnancy program to any school in America without at least some evidence of success. In a perfect world, a several year study with a control group would be preferred. But looking at the horrible landscape of our current efforts to reduce teen pregnancy, I’ll take pretty much anything.

Business ethics would suggest that people sell products that do what they say they will. This product does not appear to meet that test.

Let’s do something else. 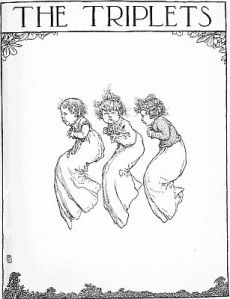 Caring for lifelike robot babies for a few days is supposed to discourage teen pregnancy, but a new study in The Lancet found that Australian teens were undeterred.

Students who participated in the virtual infant parenting (VIP) program with the computerized “infant simulators” were actually more likely to get pregnant by age 20 than girls in a standard sex-ed program. Pregnancy rates among robo-baby recipients were 17 percent, compared to 11 percent in the lower-tech intervention. The lead author categorized this difference as small but statistically significant. 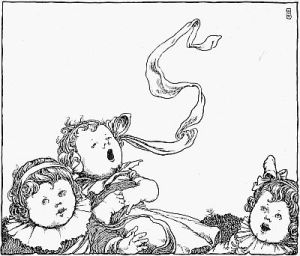 Could we just do sex ed instead?

The makers of the robo-baby aimed to teach teens about the hardship of having a baby at the early stage of life. It is programmed to cry, laugh, get hungry, and so forth just like any baby would, so as the teen being educated will somehow experience how it would be to have a baby. The goal is to make the young people discouraged to start a family or have a kid at their young age. Nonetheless, to the dismay of sex educators, the effect of the robo-baby is said to be the opposite, as a study says.

In Australia, researchers studied 57 schools in Perth by dividing them into two categories. Total of 28 schools were given robot babies and 29 schools were given normal health programs. These girls were carefully tracked and studied. From the records in 2003 up to 2006, it turned out that 8 percent of the girls with robot babies had at least one birth compared to the other group that had 6 percent. Much worse is that, 9 percent of the robot group had at least one abortion while the other group had 6 percent. It seemed that the kids who had robo-babies were amused and got encouraged to have babies.

A young woman who actually went through the program discusses her experience. (She’s brutally frank.)

Actually increased rates of both pregnancy and abortion

Brinkman said researchers at Western Australia’s Telethon Kids Institute were trying to determine whether the robot babies, which she said cost over US$1,000 each, were worth the money.

She said while some of those researching the life-like dolls thought they were perhaps ineffective, no one had expected them actually in increase the likelihood of an early pregnancy.

“We never went into the study thinking this would increase teen pregnancy,” she said.

What could have possibly gone wrong? According to Dr. Sally Brinkman, the study’s lead author, numerous teens became attached to the fake babies. She concluded that the program failed because a lot of girls enjoyed taking care of the robo-babies; therefore, they found motherhood easy. Moreover, they felt like they were ready to be mothers because they believed that the exercises reflect real-life motherhood experience.

As the abovementioned findings show, it might be safe to say that looking after robo-babies can indeed make teenagers think that they are preparing for actual parenthood; hence teenage pregnancy is promoted. It can also be safe to say that the difficulties and demands of being parents would not necessarily scare teenagers.

Meanwhile, adolescent sexuality expert Melissa Kang said there are other reasons why a person would opt for contraception. One great factor is the access to resources, something not covered by taking care of robo-babies. This fact makes other experts believe that taking care of fake babies cannot really mirror real-life parenthood experiences.

A weekend caring for a computerized baby doll — a popular sex ed technique — doesn’t discourage pregnancy, according to an Australian study published in Lancet. Girls who mothered Baby Think it Over dolls were more likely to become pregnant than sex-ed students who didn’t get the lifelike dolls.

Around the world, technology is being deployed as a tool to try to teach girls to use contraception. More specifically, a program using an “infant simulator” (or robotic baby) is used to teach teen girls about the harsh realities of motherhood. Over the last decade, the use of this program has exploded — it’s now in 89 countries. But a new study published today in The Lancet reveals that the robo-babies aren’t working as hoped.

A study that followed 2,834 girls from 57 randomly selected schools in the state of Western Australia found that girls who participated in this program had significantly higher rates of pregnancy.