Where we discover how to literally undermine the earth beneath our feet.

This is frightening research.

At first, perhaps as much twenty years ago, there was a suspicion that human activity particularly reservoir construction could produce earthquakes. Recent events particularly unprecedented numbers of earthquakes in Oklahoma and states in the that region have now solidified a scientific consensus that, in particular, waste water disposal by injection deep into the earth cause and/or amplify earthquakes.

What I find upsetting are a good number of web sites that claim fracking as an innocent factor or minimize the severity of the problem. One site which will remain nameless and absolutely unlinked to, said that California had many small quakes and they were considered just a nuisance, so what’s the big deal?

What is the big deal about hundreds of small earthquakes?

Here is the big deal. We are talking about Oklahoma. Since throughout all of it history, earthquakes were infrequent and so mild as to be difficult to measure, nothing in the state is built with regular earthquakes in mind, unlike California which has elaborate codes. So, our roads, our bridges, our buildings ranging from schools to private homes, are in no way built to cope with earthquakes. 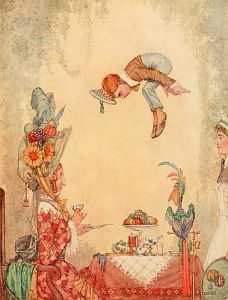 Now right now, the earthquakes are small and it is believed in some quarters that the size will be limited to perhaps a seven on the Richter Scale. But no one knows for sure and since we didn’t know that humanity could achieve “fluid-injected induced earthquakes” until the last few years I have to wonder if that consensus is going to hold up.

This is a consequence of the energy industry’s need to dispose of vast quantities of waste water.

It seems obvious that a great deal of waste water was injected directly into fault lines in Oklahoma. Until the Oklahoma Corporation Commission told them to stop pumping these fluids, the only concern that I can perceive on the part of the oil companies was – Where is the cheapest place to dump this stuff?

I will happily print links to any evidence that the oil companies avoided sensitive sites like fault lines when dumping this waste water. However, as of this time, I have seen not even tiniest reference to any care exercised by the companies at all.

And I have to wonder if they simply dumped it as quickly and cheaply as possible? 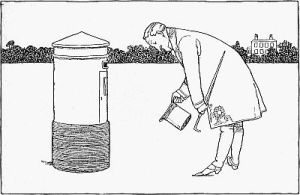 A tax on millions

These hundred and hundreds of small earthquakes essentially amount to a tax on tens of millions of Americans. People will have to pay for the damage and inconvenience caused by these events. Eventually there will have to be tax money raised to repair and redesign public buildings and facilities.

Now, there is an article that I have referenced below that suggests as many seven million Americans may be at risk for property damage or other harm. However, that is just for 2016 and I believe that Houston and Dallas will become more affected as time goes by. Any fault line where waste water is dumped may well experience instability, so in time much of the nation may be similarly afflicted.

Of course, there will be fatalities. When you shake buildings, from time to time, one is going to fall down. 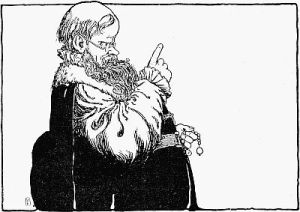 What is the business ethics of fluid injected induced earthquakes?

Many millions of people took for granted that the ground beneath their feet was solid and immovable. And in terms of human understanding, that was largely very true. For most people who lived in Oklahoma, an earthquake was something you read about or heard about in the news. They happened in California and Japan, not locally.

That security is now gone. It was valuable. It may be difficult to put a dollar amount on the idea that an earthquake was not a problem for most of our lives but it was valuable to us not to have them and now we do.

It’s wrong to take people’s property without recompense or to diminish its value due to carelessness or if the actions rise to a certain level, what is defined as reckless behavior.

Now, that we know some of the risks associated with the practices producing these earthquakes, it is moral and right that those profiting pay damages and act to limit or eliminate further harm.

Whether by regulation, lawsuit, legislation or voluntary compliance, it is important the harm caused be minimized or eliminated.

It may yet be possible to live in states where earthquakes occur only naturally without the interference of humankind.

From our friend at Hello Kitty, Some Blog.

And again from Hello Kitty, Some Blog –

Oklahoma, United States has had: (M1.5 or greater)

From Josh Sanburn at Time Magazine –

A new federal map released Monday shows parts of Oklahoma are now as seismic as parts of California and Alaska, long the nation’s leaders in earthquakes, and for the first time includes man-made earthquakes.

The U.S. Geological Survey’s new earthquakes hazard map, which helps states and government officials determine insurance rates and building codes, is in part a reaction to the historic increase in seismic activity in Oklahoma. Last year the state experienced almost 900 3-plus magnitude earthquakes; in 2007, it recorded just one. On earlier USGS maps, Oklahoma was a seismic afterthought.

This is from 2013 when the consensus was developing. jp

Warrior Publications, one of my favorite blogs.

Fracking triggered a 4.4-magnitude earthquake in northeastern B.C. last year, CBC News has learned, making it one of world’s largest earthquakes ever triggered by the controversial process.

B.C.’s Oil and Gas Commission confirmed the cause of the earthquake in an email statement to CBC this week, saying it was “triggered by fluid injection during hydraulic fracturing.”

This is from the magazine, Science, on Injection Induced Earthquakes

(If you want to do serious research and write a paper or do serious political background work – you should start with this paper. jp)

Injection-induced earthquakes, such as those that struck in 2011, clearly contribute to the seismic hazard. Quantifying their contribution presents difficult challenges that will require new research into the physics of induced earthquakes and the potential for inducing large-magnitude events. The petroleum industry needs clear requirements for operation, regulators must have a solid scientific basis for those requirements, and the public needs assurance that the regulations are sufficient and are being followed. The current regulatory frameworks for wastewater disposal wells were designed to protect potable water sources from contamination and do not address seismic safety. One consequence is that both the quantity and timeliness of information on injection volumes and pressures reported to regulatory agencies are far from ideal for managing earthquake risk from injection activities. In addition, seismic monitoring capabilities in many of the areas in which wastewater injection activities have increased are not capable of detecting small earthquake activity that may presage larger seismic events.

Fact 1: In the United States, fracking is not causing most of the induced earthquakes. Wastewater disposal is the primary cause of the recent increase in earthquakes in the central United States.

Fact 3: Wastewater is produced at nearly every oil and gas well, not just hydraulic fracturing sites.

Fact 4: The content of the wastewater injected in disposal wells is highly variable.

Fact 5: Induced seismicity can occur at significant distances from injection wells and at different depths.

On Monday, the U.S. Geological Survey published for the first time an earthquake hazard map covering both natural and “induced” quakes. The map and an accompanying report indicate that parts of the central United States now face a ground-shaking hazard equal to the famously unstable terrain of California.

Some 7 million people live in places vulnerable to these induced tremors, the USGS concluded. The list of places at highest risk of man-made earthquakes includes Oklahoma, Kansas, Texas, Arkansas, Colorado, New Mexico, Ohio and Alabama. Most of these earthquakes are relatively small, in the range of magnitude 3, but some have been more powerful, including a magnitude 5.6 earthquake in 2011 in Oklahoma that was linked to wastewater injection.

Scientists said Monday they do not know if there is an upper limit on the magnitude of induced earthquakes; this is an area of active research. Oklahoma has had prehistoric earthquakes as powerful as magnitude 7.

How Does This Impact CRE?
Some impacts to commercial real estate are obvious. When buildings are damaged as the result of an earthquake, owners will have to rebuild or complete repairs. Unlike damage from fires, though, earthquake damage is excluded from hazard insurance policies. As a result, owners would have to come out of pocket. The value of the damaged properties would be decreased, but the threat of such damage can also affect values. Property values in the general area can also be affected, though recovery normally occurs within a year or two following the event.

Less obvious impacts include damage to local infrastructure, disruption of critical services, interruption of property operations resulting in loss of business or investment income, possible loss of tenants and re-tenanting costs, loss of inventory or other building contents, and difficulty in refinance or sale of the property.