What is going to happen in 2017? I have some hopefully educated guesses which I will share. So, here is my five guesses for what will happen in the new year.

Thus far, the Murdochs have tried a middling approach to the aftermath of Roger Ailes, replacing some of the more objectionable of Ailes allies while retaining many others.

It isn’t going to work. The leadership that allowed the business ethics disaster at the network is still dominated by many of the same people. Geraldo Rivera implied in his latest Facebook post that the network still had work to do while Greta Van Susteren was emphatic that there was a failure in leadership.

It is quite likely that that the coming shakeup will not take place until after the election  but it has to happen sooner or later.

And don’t get confused, the sexual harassment charges may have started this thing but what’s driving it now is the use of corporate funds for settlements and black ops not to mention an apparently highly aggressive surveillance of employees across the corporation that is driving the need for action.

This business ethics disaster is one for the textbooks. It will be studied in later textbooks as a cautionary tale of what can go wrong with both the hiring and employment process.

A quick recap for those who don’t follow the news cycle – Lewandowski was signed as a commentator by CNN in spite of the fact that he had just been bounced as Trump’s campaign manger and has a still active non-disclosure and basically a no criticism clause in his contract with Trump. Since his hiring, he has been an enthusiastic cheerleader for the candidate almost to the point of comedy.

Will they can him after the election or before? After. The network is far too devoted to making Donald Trump and his supporter happy in the pursuit of its demi-god, ratings, than to take any risks.

3. Criminal charges will be filed against some of Volkswagen American executives 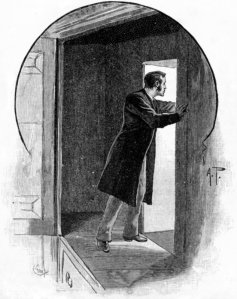 Since the feds managed to roll one of Volkswagen’s employees, we can expect some of his fellows to grab a deal while they can while the others form a defensive circle of deniability. But these are big, big fish. This is a multi-year, multi-billion dollar fraud against all Americans but not just that, they tricked several federal agencies and made the them look like incompetent fools. Steal from people, kill people, okay – just another day at the office. But make the feds look silly and blood must flow.

Of course, Barack Obama, the consummate corporatist may yet overrule his angry prosecutorial warriors but his term is about up and he has many fights on his hands. We’ll see.

4. Wells Fargo will fire or allow some top executives to resign

Oh come on, did you really think any intelligent person buys the idea that thousands of low level employees concocted an enormous conspiracy to create false accounts for thousands of unsuspecting customer for more than five years? All by their little selves? Not a chance.

Someone upstairs at Wells Fargo decided to impose clearly impossible goals on the employees and still yet, even in the world of the American corporation, the word, accountability still gets said. It is said timidly, perhaps only whispered but it is still a presence.

The monumental stupidity of the harshly imposed goal system is going to claim some actual villains – probably before the end of the year. Watch for the executives resigning to “spend more time with their families.”

Three federal agencies turned a big thumbs down on the damn thing before it even started. Only the Army Corps of Engineers got the thing going and how do they look now?

Their esteemed corporate pipeline company proceeded to turn a probably manageable public relations situation into repeated disasters. Of course, I suspect that in North Dakota stepping on the Native Americans and extolling the virtues of pipelines is normal for both government and industry, so unleashing the dogs on protesters and charging a presidential candidate with defacing a dozer blade with spray paint made good local sense. But to the rest of us, well – Hicksville on the plains.

The Army Corp of Engineers now knows that the company they went to bat for, can’t manage its way out of a wet paper bag. I have to admit the vision of bulldozers sent out like commandos on a strike mission to destroy Native American burial sites before the state and feds knew what was going on – looks just like a plot from a Billy Jack movie.

Where’s Tom Laughlin when you need him?

Please Like, Subscribe and Share AND if possible – tell me what I missed. Do you know of some looming business ethics tragedy? I want to know.

One thought on “Five Business Ethics Predictions for 2017”