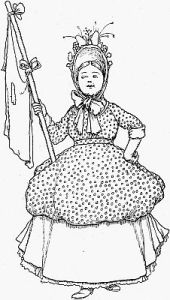 It’s a badly broken system when overseas hackers can make tons of money gaming the American political system. Facebook and Google want to claim that the lies and click bait that has been marketed across their services are not their responsibility. But when it has become obvious that that holocaust deniers have successfully gamed the system and democracy is literally under threat from manipulation from inventors of fake news, trolls and foreign intelligence services, you have to say enough. We’re a little passed the situation of a high school principal being upset by what his students were saying. We’re at a place where well organized organizations are poisoning the marketplace of ideas and the highways they drive to do this are Google and Facebook.

Google, Twitter and Facebook bear some of the responsibility for the misuse of their platforms and a re-classification of their status to that of publishers is probably necessary for them to assume the mantle of responsibility.

Here is short selection from an article in the Guardian called – Stephen Fry: Facebook and other platforms should be classed as publishers

Stephen Fry has called for Facebook and other “aggregating news agencies” to be reclassified as publishers in order to stop fake news and online abuse spreading by making social media subject to the same legal responsibilities as traditional news websites.

Outlining his “reformation” for the internet, as part of the Hay literary festival’s programme to mark the quincentenary of Martin Luther’s Ninety-five Theses in 1517, Fry accused social media platforms of refusing to “take responsibility for those dangerous, defamatory, inflammatory and fake items whose effects will have legal consequences for traditional printed or broadcast media, but which they can escape”.

“One thesis I could immediately nail up to the tent flag is to call for aggregating news agencies like Facebook to be immediately classified as publishers. At the moment, they are evading responsibility for their content as they can claim to be platforms, rather than publishers. Given that they are now a major source of news for 80% of the population, that is clearly an absurd anomaly,” he said.

“If they, and Twitter and like platforms recognised their responsibilities as publishers, it would certainly help them better police their content for unacceptable libels, defamations, threats and other horrors, that a free belief in the value of the press would, as a matter of course, be expected to control.”

Stephen Fry is right and we should support the re-classification of these Internet services as publishers.

AS ALWAYS PLEASE LIKE AND SHARE – YOU HAVE NO IDEA HOW MUCH EFFECT THOSE THINGS HAVE ON A WRITER PARTICULARLY OVER LONG PERIODS OF TIME!

2 thoughts on “The Responsibility Edition”