If you had never had read a book on business ethics published in the United States, you might assume that the first thing they would discuss would be American codes of Conduct or at the very least our informal codes of conduct. The fact is they don’t discuss it at all, and I think they should.

Our teaching of business ethics would be more effective if we didn’t imply that all moral beliefs are basically relative to time and place – and spend so much time implying that the moral minimum is all that is necessary. Most human beings believe in higher values and have a strong sense of morality.

If we start with a baseline of common American morality, our teaching will be more effective.

American do have some common beliefs about morality. Our informal codes are things like you shouldn’t overcharge or be rude to customer or damage the environment. I believe using some polling data you could with a little research generate a generalized American sense of morality.

If you wanted to talk about Protestant codes of conduct you could use the one advocated by the Lutheran Church. The Lutheran World Federation publishes these basic premises:

Each and every person is created in God’s image, is gifted with talents and capacities, and has dignity, irrespective of social status, gender, ethnicity, age, ability, or other differences.

Inspired by God’s love for humanity, we seek to show care and compassion toward people who are suffering—the poor, the vulnerable and marginalized, and minority populations and faiths, who experience discrimination, violence, and hardship in different contexts.

Differences among us express the richness of God’s creation.

As a global communion of churches we value and seek to understand our differences in culture, history, and context.

We also cherish the way in which these have shaped our theological understandings, our perspectives on moral and ethical questions, and our practice of ministry, mission, and service.

We are committed to being inclusive and enabling the full and equitable participation of women, men, people of all ages and people with disabilities.

Our commitment to inclusion encompasses church life and society, and the decision-making processes, activities, and programs of the LWF itself.

We understand that power dynamics, cultural norms, access to resources, and other factors create barriers to participation and we work to overcome these.

We are a responsible steward of the resources and responsibilities that God has entrusted to us.

We are committed to transparency in our aims, processes, decisions, and use of resources. We strive to being accountable to the people we serve, including our member churches, partners, and donors.

If you wanted to start with a code of ethics this would be a good one.

Now, the Catholic Church has a huge set of teachings on business ethics clearly implied from their voluminous teaching on social issues. From time to time Popes issue encyclicals on social issues. They are not small documents and the first dates to 1891 and the most current one was published in 2015.

To summarize very, very briefly, there are four core elements:

So we have informal poll driven moral rules, that we can derive from general behavior and beliefs. We have a culture with a code of ethics associated with Protestantism and we have Catholic Social Doctrine.

None of these are hiding but you seldom (never) see them in business ethics text books.

Maybe it is time that changed and we start discussing some basic rules of morality before we get into our examples and case studies?

If we are going to talk about business ethics, let’s start with rules of ethical behavior.

—- The Faith Initiative Home Page has voluminous amounts of data on Catholic Social Teaching and I heartily recommend it.

Like the Catholic Church, the Protestant denominations were torn by controversies over the economic and social changes brought on by industrialization during the latter part of the 19th century. There were two approaches to this. One was the Social Gospel. The other was a focus on religious matters and neutrality toward economic issues.

Mainline Protestant churches like the Methodists, Lutherans, and to a lesser extent the Episcopalians chose the Social Gospel. The Southern Baptists chose neutrality.

The Social Gospel is based on the belief that for Christ to arrive on earth, humans must prepare the planet by moving the world toward righteousness.

The movement begins slowly in the 1870’s and builds up influence until by the 1910’s, it is a major force on the American political scene.

Today, the mainline Protestant Churches meet regularly and reaffirm their belief in the importance of economic justice.

The Principles of the United Methodist Church

Methodists have a long history of social activism being one of the first churches to advocate women’s rights, oppose the slave trade and advocate for humane conditions in American jails prisons.

The Church adopted its first social creed in 1908. I quote in full

We deem it the duty of all Christian people to concern themselves directly with certain practical industrial problems. To us it seems that the churches must stand ¡ª

For equal rights and complete justice for all men in all stations of life.

For the right of all men to the opportunity for self-maintenance, a right ever to be wisely and strongly safeguarded against encroachments of every kind.

For the right of workers to some protection against the hardships often resulting from the swift crises of industrial change.

For the principle of conciliation and arbitration in industrial dissensions.

For the protection of the worker from dangerous machinery, occupational disease, injuries and mortality.

For the abolition of child labor.

For such regulation of the conditions of toil for women as shall safeguard the physical and moral health of the community.

For the suppression of the “sweating system.”

For the gradual and reasonable reduction of the hours of labor to the lowest practicable point, and for that degree of leisure for all which is a condition of the highest human life.

For a release from employment one day in seven.

For a living wage as a minimum in every industry, and for the highest wage that each industry can afford.

For the most equitable division of the products of industry that can ultimately be devised.

For suitable provision for the old age of the workers and for those incapacitated by injury.

For the abatement of poverty.

To the toilers of America and to those who by organized effort are seeking to lift the crushing burdens of the poor, and to reduce the hardships and uphold the dignity of labor, this Council sends the greeting of human brotherhood and the pledge of sympathy and of help in a cause which belongs to all who follow Christ.
The current Methodist approach to Business Ethics is encapsulated in their “Social Principles of the United Methodist Church 2009 – 2012.” These principles are revised every four years. This document is divided into seven sections. Although Section IV entitled “The Economic Community” deals directly with business ethics, many other sections are directly relevant. 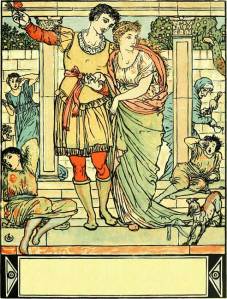 The Collective Bargaining section supports the right of workers to organize unions and for bargaining between management and unions to take place in an atmosphere of fair dealing devoid of violence or worker replacement. It also calls for innovative changes such as representatives of the public interest.

The Work and Leisure Section calls for a “living wage.” There are a number of definitions of the phrase, living wage. A simple one would be “a salary large enough so that a worker could afford the basic amenities of life: food, housing, etc, while also providing enough resources for meaningful leisure time. This is of course a gross simplification of a difficult concept. There is also a call for government intervention for full employment. However, the most important words from this section are the following:

“We believe that persons come before profit. We deplore the selfish spirit that often pervades our economic life.”

This quote is indicative of a mind set that disputes the idea that money is the measure of all things, a rejection of the moral minimum and a call to act without always being focused on self interest.

The section on consumption advocates the manufacture of useful goods without damaging the environment or using slave labor in its production.

The section on poverty calls for a fairer distribution of the world’s resources. To quote:

“As a church, we are called to support the poor and challenge the rich.”

The section on Foreign Workers calls for limitations on the exploitation of these workers and advocates that they receive the same benefits and privileges of citizen workers.

The seventh section concerns Gambling. The Methodist Church is against it.

The eighth section is about Family Farms. This actually covers a much wider area. The Church opposes the concentration of farming resources into the hands of transnational corporations. They believe that the family farm has an enduring value and deserves state action in its support.

The ninth section concerns itself with Corporate Responsibility. This is the first paragraph.

Corporations are responsible not only to their stockholders, but also to other stakeholders: their workers, suppliers, vendors, customers, the communities in which they do business, and for the earth, which supports them. We support the public’s right to know what impact corporations have in these various arenas, so that people can make informed choices about which corporations to support.

The last section deals with International Trade. It affirms a belief in the importance of such trade but calls for safeguards for human dignity and the environment.