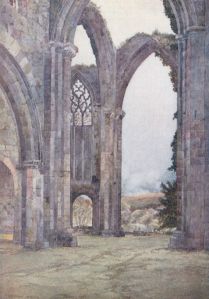 Beccaria says that punishment should be based on the harm done to society not the actor.

Which does more harm to society: 1) manipulating the companys books to reflect profits when in fact the company was losing money or 2) robbing a grocery store and taking $180 from the register while threatening a crowd of people with a firearm?

The collapse of the company caused the loss of all the employees pensions and benefits. The company had more than twenty thousand employees, many close to retirement. The profit and loss manipulations of the companys books made the officers of the companies, millionaires many times over.

Who does more harm to society? Why?

What punishment would be appropriate?

Manipulating the company’s books does more harm to society.

Retirees are probably between 50 and 70 at most companies. For many the loss of pensions will mean delayed retirement and years of more labor. For those unable to continue working, this means living off social security which average 1, 250 dollars a month. Generally speaking the elderly are sicker than the general populations and living on a tiny budget often means going without food, medicine or adequate housing.  In these situations, the elderly may have to choose which prescriptions medicines to buy and which ones to try to live without.

But even more, these individuals thought that they would have a surplus of money beyond their basic needs. After all, they worked for it and sacrificed for it.

These retirees might live another ten or twenty years, every single night staring at the ceiling wondering whether there will be enough money for groceries or medicine. – ten or twenty years going without a car, not going anywhere, not ever eating out or going to a movie.  Their pain is almost endless.

Yet, the person who cooked the books, who stole tens of millions of dollars, in some cases, hundreds of millions of dollars, will appear in court in a fine suit with fine recommendations from his wealthy and well placed friends. He is unlikely to spend much time in jail, and when in society, his friends and family will not ostracize him but welcome him back.

This second insult to society does far more harm than either crime in itself because this reprobate getting away with little or no penalty does serious harm to the moral fabric of society. This kind of “justice” harms us all.

From the web site, Kate Prudchenko.

Beccaria is very deliberate in his approach to analysis. He views the law as a tool for preventing violence and suffering, rather than a tool for punishment. He defines laws as “the terms under which independent and isolated men come together in society” (Williams 442). Rather than advocating for extreme individualism, he argues for some restrictions on freedom for the good of society as a whole. Beccaria views individuals outside of society as men who are “wearied by living in an unending state of war” whose freedom is made useless because there is “uncertainty of retaining it” (Williams 442). According to him, men sacrifice a certain degree of freedom in order to live in the sovereign of the nation and “the sovereign is the legitimate repository and administrator of these freedoms” (Williams 442).