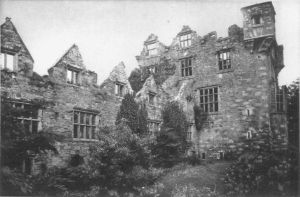 In an article written for the New York Times by Gretchen Morgenson, she discusses what major investment banks did after they discovered that many of their loans were going south.

The answer is brief, they kept the ball rolling. The profits were too good and the risks (for them) were to low for them to back out.

This is a quote from the article citing a remark from Massachusetts Attorney General Martha Coakley, as follows -“Our focus has been on the borrower,” she said in an interview last week, “but as we’ve peeled back the onion we’ve gotten the picture of the role Wall Street played through the financing of these loans.”

This is Gretchen Morgenson on a program called “Dialogue.” Here she explains in some depth her views on the financial crisis (28 minutes).

This is capitalism run off the tracks. Greed out weighed simple good judgment. Obvious signs of trouble, not just obvious but certain evidence of approaching disaster, were ignored as money piled up.

The market was supposed to be self regulating. Read a little Milton Friedman. This economic freedom to innovate was supposed to lead to better lives for all Americans, perhaps the whole world. This utopia, this nirvana, has thus far failed to appear. But incomes in a handful of the well placed are measured in the billions.

Justice is not coming. These people are immune to justice. They go to the right churches, have the right friends and are protected by the government while that same government ignores or casts their citizenry away from the door of the statehouse or congress. The people of the United States, the hard working American who lives a moral, ethical life; their goodness counts for nothing. They will have mortgages that will find no help. They will not have jobs and when they can find no work they suffer the slings and arrows of an economic elite that claims they cannot get along with other workers and do not work, that they are lazy. That’s right, Americans, the most productive workers in the world, the ones that work more hours and more days than other workers in the entire world, they are lazy, they can’t get along, they brought this upon themselves.

One thought on “Wall Street Looked The Other Way?”