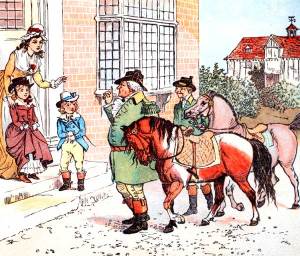 It seems that Kentucky lawmakers are upset with the President’s new budget. It seems that every year, the government of the United States has brought Kentucky a pretty pony, 230 million dollars subsidizing the coal industry! Wow, can we in Arkansas get a pretty pony like that one?  I’m sure we produce something that destroys the environment, we claim is a competitive industry and is in reality dependent on taking public money and converting it to private use.

Oh, but let’s not forget the oil and gas industry. They stand to lose 3.6 billion a year in subsidies. That’s right. When you go to the gas pump, think favorably of the federal government because they use your money to help that industry. Thus, when you buy gas you save money because the pass the money back to you. Wait a minute! Good Lord!! They don’t have to give the money back. They can keep it. Well, then what are we getting here? A single oil company, Exxon Mobil, made only 19.3 billion dollars last year. So we know as Americans we need to stand up and be counted to keep that company from going under. Nineteen point three billion dollars is chicken feed. So, we need to keep that money rolling in. We must not let the charitable institutions represented by the American oil and gas industry suffer economic loss (or a cut in profits!). Think of their children!